Menu
Log in
Register
Install the app
You are using an out of date browser. It may not display this or other websites correctly.
You should upgrade or use an alternative browser.

Dream about clearing spiders from a room.

Hello folks,
I have several reoccurring dreams. Most of the dreams I have, I have been able to figure out their meaning, but this one I am not sure what it means.
In this dream, (like the many I have had before it) I become aware of how many spider webs are in the room. As I become aware of these webs, they get thicker and strong enough to pull on you as you walk through the room. The webs pull against my chest or arms and I have to tug on them to break them loose.
Then as I am starting to make some headway clearing the room of webs, I start to notice the hiding spots of several spiders. Some are small spiders about a inch or two in diameter, while others are as large as your open hand. I am not afraid to kill the spiders, but the bigger ones make me a bit nervous. The spiders may be out in the open when I see them across the room, but when I approach them to kill them they hide behind curtains or blinds or other spots. I can easily kill the smaller spiders by swatting them, but with the bigger ones, I have to hit them several times to kill them. The focus is not on fear of spiders but of the necessity of trying to clean a neglected room that has been overtaken by an infestation. I remember the feeling of being overwhelmed with the job and not so much afraid or terrified of spiders.
I make it a habit to write my dreams down and I often look them up on the internet to get help interpreting the meaning of the dreams, but this one is a bit more difficult to find the answer to.
If there is anyone out there who might know what these dreams mean, it might help me understand what is going on in my head at night.
thanks.
Last edited: Apr 10, 2022

Spider
To see a spider in your dream indicates that you are feeling like an outsider in some situation.
Or perhaps you want to keep your distance and stay away from an alluring and tempting situation.
The spider is also symbolic of feminine power or an overbearing mother figure in your life.
Alternatively, a spider refers to a powerful force protecting you against your self-destructive behavior.
If you kill a spider in your dream, then it symbolizes misfortune and bad luck.
To see a dead spider in your dream implies that you have overcome some strong feminine temptation.
Dreaming of a multi-colored or rainbow-colored spider points to a situation that you should avoid.
To see a spider spinning a web in your dream signifies that you will be rewarded for your hard work.
You will be promoted in your job or recognized for your achievement in a difficult task.
Spiders are also a symbol of creativity due to the intricate webs they spin.
On a negative note, spiders may indicate a feeling of being entangled or trapped in a sticky or clingy relationship.
It represents some ensnaring and controlling force.
You feel that someone or some situation is sucking the life right out of you.
Alternatively, if a spider is spinning a web in your dream, then it could be a metaphor for the world wide web and global communication.
To see a spider climbing up a wall in your dream denotes that your desires will be soon be realized.
To dream that a spider is coming down on you from the ceiling indicates that you are unable to escape from some relationship.
If you dream of baby spiders, then they symbolize a new or recent relationship.
To see spider eggs in a web suggest that you are not able to fully acknowledge your potential.
You are being held back from expressing yourself.
To dream that you are bitten by a spider represents a conflict with your mother or some dominant female figure in your life.
The dream may be a metaphor for a devouring mother or the feminine power to possess and entrap.
Perhaps you are feeling trapped by some relationship.
To eat a spider or dream that a spider is in your mouth symbolizes your control over a situation.
You are not afraid to exert your dominance in a relationship.
If you dream about a spider with multiple eyes, then it highlights female intuition.
Trust you gut feeling.

Thanks for your input.
I have had various versions of this dream, and I usually write them down.
I find that when I write the dreams out and re-read them, I learn to focus on the details more to notice the differences between the dreams.
J

I woke up this morning (2 May 2022) after having another dream about bugs and spiders.
In this dream, I was going down into my basement that has a bunch of machine tools like a lathe, mill and sheet metal shears.
Because it was so long since I was down there, the place had become overrun with bugs.
I had to clean the bugs out of the basement so that I could use it again.
In the dream I would pound or move a bench and a few bugs would run out and I would stomp on them or swat them.
The bugs were not just large spiders and roaches but there was this large flat bug that had tiny legs underneath.
This bug was as big around as a dinner plate and about three plates long, It looked like the one below but it had a pale white color. 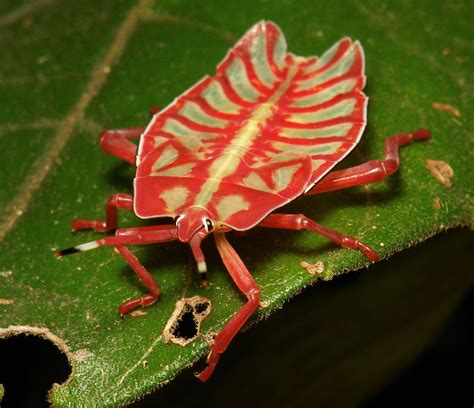 The weirdest thing was it had human eyes.
I made no effort to kill the bug, as I was mostly focused on studying it.

I realize that these reoccurring bug dreams are similar to my unfinished house dream.
The feeling I have in these dreams aren't one of fear of bugs but more of a necessity to clean the house so i can live in it.
My reoccurring house dreams are usually about either fixing the house up or chasing out vagrants, vandals or intruders from my home.

I read online that dreams about a home are about managing your life.
I believe that these house and bug dreams have to do with doing a better job of managing my self.
Maybe these dreams are about keeping up with the housecleaning type chores that are needed in life whether they be mental or physical.
Last edited: May 3, 2022

That is one strange looking bug.
S

Just a quick observation: Spiders are bugs with 8 legs. Insects are bugs with 6 legs. The basement represents your subconscious. House is a representation of consciousness. A room is a limited consciousness. Webs are obstructions preventing you from achieving something. To me spiders are things that bug you with regard to power and money. Insects are things that bug you with home and family or a small group. Going into the basement is going into your subconscious but you have to clear out the things that bug you before you can achieve your goal.
You must log in or register to reply here.
Share:
Facebook Twitter Reddit Pinterest Tumblr WhatsApp Email Share Link
Top